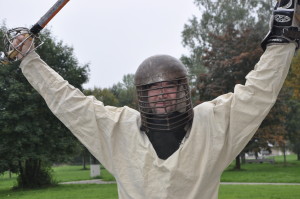 The challenge is fought in pairs. Each Heavy Fighter has to team up with a have a non-fighting partner. It was first played at Parasol War III in 2016.

First each heavy has to fight a round-robin (best of 3). For each victory he or she shall be given one banana. In case of a double-hit both opponents shall be given a banana. If an opponent delivers a good shot at the legs but still looses the fight, he shall earn half a banana. 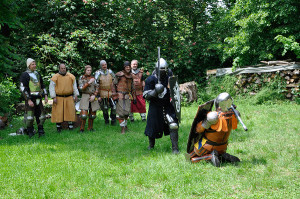 After the round-robin is finished, the non-fighting partner has to throw the earned bananas (or half bananas) into a basket. Each hit will be counted as a point, regardless weather it was scored with a full or half banana.

Winner is the pair, who´s scored best. If the score is equal, the result achieved in the heavy fighting round-robin counts. If the score still is equal, a duel between the fighting partners (best of 5) will decide. 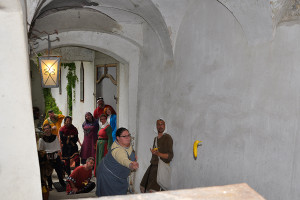